Share a memory
Obituary & Services
Tribute Wall
Read more about the life story of Patricia and share your memory.

She was born in Franklin, on May 2, 1931, the oldest of eight children of Wayne Durbin Welton and Evangeline (Wright) Welton.

Mrs. Day was a member of the Trinity Lutheran Church in Reynoldsville.  She played the organ at the church for many years.

Pat worked as an accountant at McCabe Drug, she also worked at Sylvania prior to her marriage.  After she and George married, they became farmers together.  She worked hand in hand with him raising chickens, pigs and general farming.  They later began selling produce from the farm.

She was a hard worker from a very early age and continued up until she could no longer do so.  She loved working with her friend Sara at Sara’s Catering and at the Bellamauro.  Pat was easy to like, she loved people as much as she liked working. She liked to spend time with her friend Helen also.  She was humble and never expected a fuss from anyone, just their friendship.

In accordance to Pat’s wishes, there will be no viewing or visitation.  Arrangements entrusted to Shumaker Funeral Home, inc., Punxsutawney.

Memorial donations may be made in Pat’s memory to the Reynoldsville Ambulance or Brookside Senior Living.

To send flowers to the family or plant a tree in memory of Patricia Ann Day, please visit our floral store. 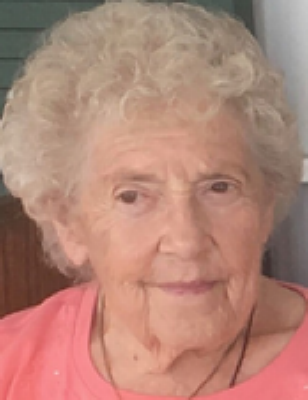 You can still show your support by sending flowers directly to the family, or by planting a memorial tree in the memory of Patricia Ann Day
SHARE OBITUARY
© 2023 Shumaker Funeral Home. All Rights Reserved. Funeral Home website by CFS & TA | Terms of Use | Privacy Policy | Accessibility