Share a memory
Obituary & Services
Tribute Wall
Read more about the life story of Kay and share your memory.

Lois Kathryn “Kay” Depp, 80, of Punxsutawney, passed away with her loving family by her side on Saturday, January 7, 2023, at Mahoning Riverside Manor.

She was born in Punxsutawney on December 13, 1942, a daughter of the late Edson Eugene Newton and Edith Marian (Chamberlain) Newton.

Mrs. Depp was a member of the First English Lutheran Church.

Kay worked as an Examiner for the Punxsutawney Unemployment office and the Altoona Service Center prior to her retirement.

She was a member of the of Elk Run Fire Company Ladies Auxiliary, the Veterans of Foreign Wars Auxiliary, a founding member of the Punxsutawney Young Women’s Club, she was a mother advisor for the International Order of Rainbow Girls, a Brownie and Girl Scout Leader.  Kay loved being involved in her girls’ lives as they were growing up.

She loved quilting and sewing and made several beautiful quilts, which will be cherished.

In addition to her parents and husband Russ, she is preceded in death by two brothers, James E. Newton and Robert E. Newton; a sister in-law, Joyce Newton; and a great granddaughter, Harper E. Toven.

A funeral service will be held at 11 Wednesday, at the Big Run Funeral Home, officiated by Pastor Tim Spence.

Interment will be at Lakelawn Memorial Park, Reynoldsville.

To send flowers to the family or plant a tree in memory of Kay Depp, please visit our floral store. 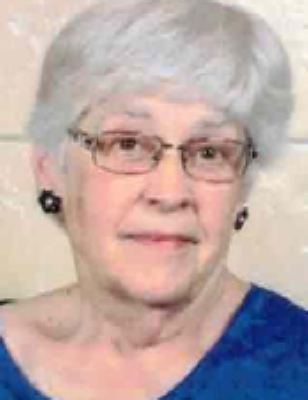 You can still show your support by sending flowers directly to the family, or by planting a memorial tree in the memory of Kay Depp